The Women’s Institute of Management (WIM), which was incorporated on 14 May 1993, is a Non Profit NGO with tax exempt status. WIM is formed to promote the advancement of women in society.

WIM College offers the much sought after Master of Business Administration, MBA (International Business)
Programme from the University of East London (UEL), UK. The unique collaboration between WIM College and UEL has succeeded in thirteen (13) graduations within the past 19 years and we continue to be favoured choice for reputable foreign university education. Many of our graduates (men and women) from various backgrounds and experiences, had progressed further in their career and lead a successful life with the earned MBA qualification.

To aspire to be the Best Performing College in terms of Quality, Innovation, Productivity and Success for our Graduates.

To create leaders who excel in Superiority of Minds, and support Corporate Social Responsibility.

Equipped with a Bachelor of Science (Australian National University, Canberra) and Master of Science (Cornell University, New York), Tan Sri Dato’ Napsiah Omar’s early career started in 1967 as an Administration Officer at FELDA and she later became Associate Professor with Universiti Putra Malaysia in 1981. In 1982 she entered the world of politics, by successfully contesting the Kuala Pilah parliamentary seat, a feat she has maintained up till Year 1995. She was appointed Deputy Minister of Housing and Local Government (1982-1987), Minister of Public Enterprise (1987-1990), and Minister of National Unity and Social Development (1990-1995). She switched to state politics in 1996 and was appointed State Executive Councillor for the state of Negeri Sembilan. She held the position of UMNO Woman Leader for Negeri Sembilan up till year 2004.

Dato’ Dr. Nellie Tan-Wong is a practising Chartered Accountant, Managing Director of several private limited companies and a Justice of the Peace.

International leadership positions held by her include as Finance Chairman of World Y.W.C.A. Geneva and Member of the Board of Trustees, Women’s World Banking, New York.

She is frequently invited as Guest Speaker at international conferences and events such as those organized by the Asian Development Bank, the John F. Kennedy School of Government, Harvard University, the Global Summit of Women, Washington and the Australia-Asia Institute.

WIM College – Board of Governors 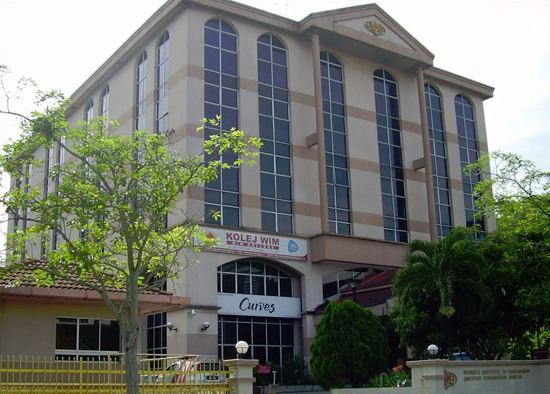 WIM College Hostel and Apartments (to cater for outstation students) 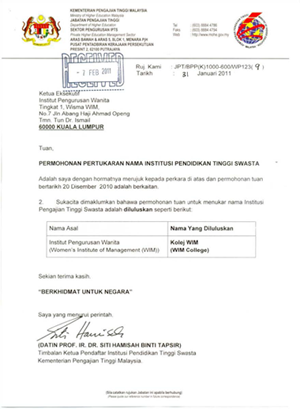